A brief history of recycling – part 2 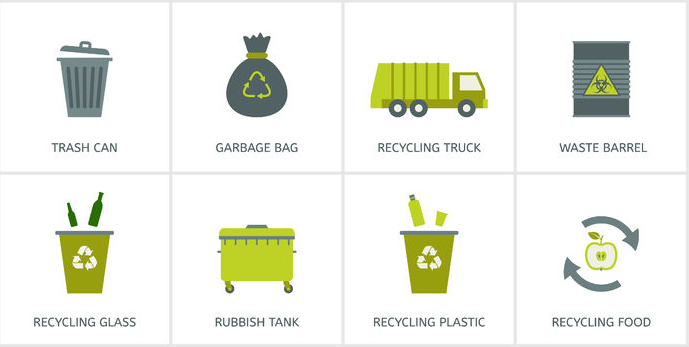 We recycle for a variety of reasons. We understand that recycling helps conserve limited resources. Recycling also saves energy, creates jobs, and helps build a strong economy. And it reduces problems associated with litter and trash.

In the concluding, second installment of our two part blog about the history of recycling, we focus on the period from the turn of the 20th century up to the present day.

1907 – An article in Cosmopolitan magazine, “The Chemical House That Jack Built,” extols the manner in which “every possible substance we use and throw away comes back as new and different material – a wonderful cycle of transformation created by scientists’ skill.”

1916 – 1918 – In the USA due to shortages of raw materials during World War I, the federal government creates the Waste Reclamation Service with the motto “Don’t Waste Waste – Save It.” The agency advertises extensively to encourage the public to save old rags and wastepaper. The service also advocates scientific management of the nation’s water, timber, land, and minerals – early steps in the evolution of progressive programs to protect resources for future generations.

1920’s – Landfilling, reclaiming wetlands with layers of garbage, ash, and dirt, is introduced and becomes a popular disposal method.

1935 – The first aluminum can for beverages is manufactured by a brewer in Newark, New Jersey, USA. The can weighs three ounces. Sixty years later, a process called “light weighting” will reduce aluminum beverage cans weight to just one-half ounce.

1939 – 1945 – Thousands of tons of material are recycled to support Allied and U.S. troops during World War II. The war Production Board’s Salvage Division is responsible for promoting nationwide recycling. More than 20,000 salvage committees, 400,000 volunteers, and millions of citizens pledge to “Get in the Scrap” to help the war effort. The salvage of tin, rubber, aluminum, and other materials is taken very seriously. Citizens contribute everything from doorknobs to girdles to help build the military machine. The rhetoric is strong: “If you have even a few pounds of scrap metal in your home you are aiding the Axis,” asserts one wartime magazine ad. It is said that salvaging metal straps from corsets alone saved enough metal to build two warships.

1948 – Market acceptance of frozen orange concentrate leads to the expansion of the frozen foods industry, with associated increases in packaging.

1964 – The all-aluminum can is introduced. Recognising the value of used aluminum cans as a raw material for making new cans, the aluminum industry will soon begin creating a massive system for recycling and redeeming used beverage containers.

1970 – Worldwide attention to environmental issues culminated in the first Earth Day. In response, the then Chicago based Container Corporation of America, a large producer of recycled paperboard, sponsored a contest for art and design students at high schools and colleges across the USA to raise awareness of environmental issues. It was won by Gary Anderson, a 23-year-old college student at the University of Southern California, whose entry was the image now known as the universal recycling symbol.

1973 – The polyethylene terephthalate (PET) plastic bottle is patented. The bottles will soon begin replacing glass bottles for some uses. Recycling will begin in 1977, though it will be years before a significant number of recycling facilities accept PET bottles. Recycling efforts will get a boost in 1991, when Coca-Cola introduces the first recycled-PET soda bottle. PET recycling will grow from 8 million pounds in 1979 to 622 million in 1995.

1973 – The city of Berkeley, California organized the first curbside collection of newspapers for recycling. The curbside-collection process has since been adopted by many other cities.

1970s – Rising energy costs prompt an increase in recycling programs, due to the lower costs necessary for recycling when compared to manufacturing. Legislation such as the Clean Water Act of 1977 created demand for recycling products, as the act increased the cost of bleaching paper, making the recycling of already bleached paper products much more cost effective.

1989 – Berkeley, California was the source of another major effort in recycling development. The city banned the use of polystyrene plastic packaging for fast-food hamburgers. The ensuing resistance of plastics manufacturers to the ban led to efforts to prove the possibility of plastic recycling. According to RecyclingCenters.org, over 1,600 companies in the United States were involved in plastics recycling 10 years after the ban.