A brief history of recycling – part 1 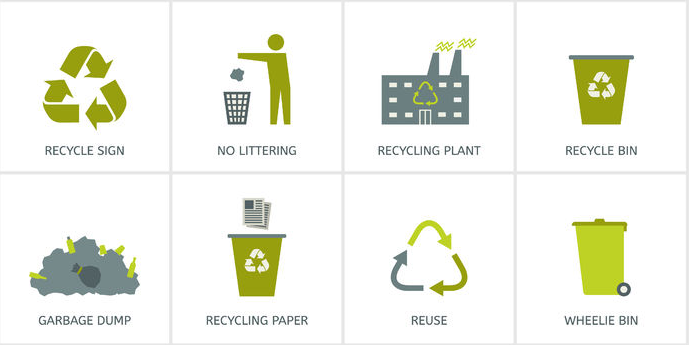 The idea of recycling as we know it now, may be a relatively recent innovation. Certainly in recent years peoples awareness of recycling has risen beyond recognition. But, recycling itself is nothing new and people and nature have been doing it for thousands of years. In fact, recycling is as old as the world itself.

Over the next couple of blogs we’re going to chart the history of recycling in the most basic of terms, but in a way that should highlight how it has developed through the centuries. It all begins a very long time ago –

65 million years ago – As dinosaurs become extinct, they are recycled into oil and gas. The decaying remains of dinosaurs, along with other sea animals and plants, settle on the seabed. Over time, the animals, plants, mud, and sediment will gradually compress into sedimentary rock and change into gas and oil through heat and pressure. Millions of years later they will be mined and refined into petroleum, plastics, and thousands of other products.

1,600 B.C. – The Jewish code of sanitary laws obligates individuals to be responsible for removal of their own waste.

500 B.C. – Athens organises the first municipal dumps in the western world. Local laws dictate that waste must be disposed of at least one mile from the city walls.

1031 – Japan begins the first recorded use of waste paper for making new paper. All documents and paper are recycled into new paper sold in paper shops.

1348 – The Black Death epidemic reaches Europe from Asia, spawned in part by garbage tossed onto unpaved streets and vacant spaces. The trash becomes a fertile environment for diseases carried by rat fleas. Infected humans typically died within 2 to 10 days. Before it is over, Black Death will kill hundreds of thousands of men, women, and children.

1776 – As America declares its independence form England, rebels turn to recycling to provide material to fight the War of Independence. Silversmith Paul Revere advertises for scrap metal of all kinds. General George Washington urges the reuse of old worn chain from frigates. And publisher Benjamin Franklin uses reconstituted scrap paper in his early printing. Patriots contribute metal, paper, cloth, and other used items to the American Revolution. Among other things, iron kettles and pots are melted down for armaments. Meanwhile, paper use grows dramatically in the new states. The Massachusetts House of Representatives passes a decree requiring that all towns appoint an individual to receive rags for the mills.

1801 – The first mill to produce paper from material other than cotton and linen rags is built in England. Matthias Koops receives the first patent for “extracting printing and writing ink from printed and written paper, and converting the paper from which the ink is extracted into pulp, and making thereof paper fit for writing, printing, and other purposes.” Two years later, the Koops mill declared bankruptcy and closed.

1810 – In Middlesex, Peter Durand is granted a patent by King George III for his idea of preserving food in “vessels of glass, pottery, tin, or other metals or fit materials” launching the commercially processed food industry.

1849 – In the USA the California Gold Rush and the Civil War create an urgent need for food that could be preserved for long periods of time and transported over great distances. Travelers heading westward to open new settlements took with them foods packed in metal cans by canners in the East. The U.S. canning business will boom from an output of five million cans in 1849 to thirty million five years later.

1874 – In Nottingham a new device called “the destructor” provides the first systematic incineration of municipal waste. Meanwhile in the US, curbside recycling begins in Baltimore, Maryland.